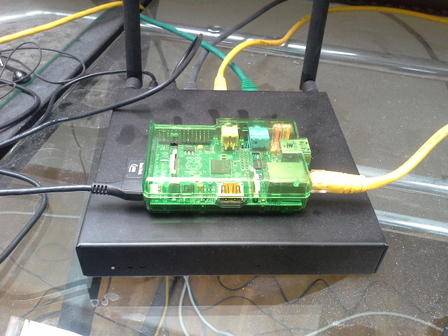 Intro This is the last vintage computer festival in Zürich in the “Rote Fabrik” (which has to be restorated after a bad fire back in 2012) - at least for now. It was held on November 19th/20th. It was back to what it was before the pandemic in terms of exhibits, the amount of people attending, the talks (which where held again this year). It’s an ever growing community of exhibitors, most of them try to attend every year, so I’m just pointing out the new things, which catched my attention (the others can be seen on older blog entries of the series).
Intro First of all, quite amazing it could even happen given the pandemic situation, thanks to all organizers and exhibitors. It was held on November 27th/28th in Zürich in the “Rote Fabrik”. No talks were held this year, also for obvious reasons. There were not many people there presumably also due to the pandemic situation. Tektronix 4010 2019 I saw a PDP-11 emulator along with an emulated Tektronix 4010 graphical terminal.
Intro With Archlinux32 reaching some terabytes of data to backup I needed something “modern”, like a tape. Now, big tapes like LTO-8 are close to unaffordable, LTO-4 drives and tapes on the other hand can be aqcuired on the cheap. They get thrown out of servers rooms at the moment. An LTO-4 tape can take 800 GB uncompressed data and the drive can be bought on Ebay for 200 to 300 CHF.
Intro My first visit to an exhibition of old computers. It was held on November 30th and December 1st in Zürich in the “Rote Fabrik”. Given my collection of not-so-old computers I wanted to see a collection of really old computers. PDP-11 The first thing which catched my attention was a PDP-11 emulator with frontend also simulating a Tektronix 4010 graphical terminal. It’s running on a Raspberry-PI fully emulating a PDP-11 running BSD 2.
History It was a beautiful day. My mailserver on the Raspberry Pi B was running without any issues for some time now. In the evening of March 12th I got a nice email from my external DNS provider: The BuddyNS janitor writing. A safety notification on your BuddyNS account: Your zones reached 60% of your account's traffic quota. Details: * Total traffic produced this month: 181 Thousand queries. * Current traffic quota: 0.
History I got an old Mac from a collegue at work. Apple decided not to support those devices anymore, anyway, they date back to 2006. I think, it’s a pitty, because this Mac has a solid case, a pretty fast 64-bit processor (sorry Archlinux32, no test machine for you) and a graphic chip which is not melting away like in later models (I don’t name brand names here).. Here the specifications:
So.. I removed my personal git repos from GitHub and I’m using now my local repository. The reasons should be obvious: Find my software on http://git.andreasbaumann.cc/cgit/. If you want to collaborate or supply a patch, you can contact me via email.
Intro I saw a video on LGR and thought, this is a nice system to run my own operating system on. The Unisys CWD-4002 came as a i486 DX/2, 66 MHz, 16 MB RAM and a 512 MB hard drive. sweet. And fits under my monitor, together with a Aten KVM switch and an Alix 1.E minicomputer: Ok, I increased the memory to a whooping 32 MB. And I bought an IDE-to-SD-adapter as the 512 MB hard disk is not enough for a basic installation of Archlinux32 and I don’t know how long the hard disk would work anyway:
History It started with a question from a collegue at work: “Why are all operating systems nowadays written in C?”. I wanted to dig deeper… Resources Some years ago it would have been extremely tedious to write an operating system on your own. Don’t get me wrong, it’s still a tremendous task, and I don’t think anybody should do it for the sake of proving the world, he is able to build the best operating system ever.
History Since some time our company Eurospider was using home-grown firewalls based on OpenBSD. Our administrator at this time (Mihai Barbos, https://github.com/mbarbos) decided to use Portwell NAR-2054 hardware with 3 up to 5 ethernet ports and run a customized OpenBSD on it. Now the company firewall is a Soekris net6501 as the Portwell firewalls started to become a little bit rusty. There is still one Portwell left in use for a control network serving access to remote management consoles of our servers.
1/2 »